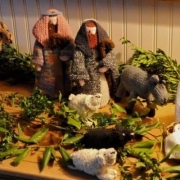 Last Sunday the children (young and old) of Bedford Presbyterian Church performed the Christmas Story in our annual Christmas Pageant. It is a delightful morning filled with joy, laughter and fun. We have been told that our pageant is what gets everyone into the Christmas spirit. It is a tradition that we hope will continue for years to come.

Our Christmas Pageant was not filmed, however, we hope you enjoy this adorable version narrated by children and performed by adults. Merry Christmas! 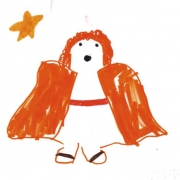 God sent the angel Gabriel to Nazareth, a village in Galilee to a young woman named Mary. Mary was engaged to a man named Joseph, a descendant of King David. Gabriel told Mary she will give birth to a son, and will name him Jesus.

At that time the Roman emperor, Augustus, decreed that a census should be taken throughout the Roman Empire. All returned to their own towns to register for this census. Mary and Joseph returned to Bethlehem in Judea. While they were there, Mary gave birth to her first child, a son. She wrapped him snugly in strips of cloth and laid him in a manger, because there was no room for them at the inn.

That night there were shepherds staying in the fields nearby, guarding their flocks of sheep. Suddenly, a multitude of angels of the Lord appeared among them, and the radiance of the Lord’s glory surrounded them. “Do not be afraid!” they said. “I bring you good news! A special baby has been born today in Bethlehem. You will recognize him by this sign: You will find a baby wrapped snugly in strips of cloth, lying in a manger.” The shepherds said, “Let’s go to Bethlehem! Let’s see this thing that has happened.”

About that time some wise men from eastern lands arrived in Jerusalem, asking, “Where is the newborn king of the Jews? We saw his star as it rose, and we have come to worship him.” The star guided them to Bethlehem and stopped over the place where the child was. They entered the house and saw the child with his mother, Mary. They opened their treasure chests and gave him gifts of gold, frankincense, and myrrh.

Share the above Christmas Story with your children. As we do in Sunday Spirit have them retell the story through illustrations. Some illustration ideas:
The Angel Gabriel
Mary being visited by the Angel Gabriel
Mary and Joseph traveling to Bethlehem
Stable scene of Mary, Joseph, Baby Jesus and animals
Shepherds visited by a multitude of angels
Wise men following the star
Wise men kneeling and presenting Jesus with gifts of gold, frankincense and myrrh 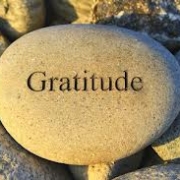 During the Children’s Sermon this past Sunday I showed the children various pictures. One was a picture of an empty kitchen table and on the back side of the page was a picture of a table filled with people. The next picture was an empty backyard and the flip side showed folks playing a game of baseball in the same yard. The final picture was of an empty sanctuary and the flip side showed the sanctuary pews filled with people. The children guessed immediately what I was trying to teach – gratitude for the people in our lives.

If I had to pick one thing to be grateful for this Thanksgiving, it would be the people in my life, my family, my friends, my church.

Ask your children to share someone they are looking forward to seeing this Thanksgiving.

And to delve deeper into what Gratitude is all about I suggest the following Veggie Tales Video: Madame Blueberry. One of my favorites!

Pray together
Dear God, I am grateful for the people in my life, at my table, in my yard and in the pews of my church. Amen. 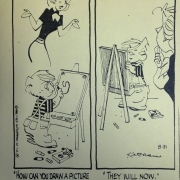 If someone gave you a blank piece of paper and some colored pencils and asked you to draw a picture of God, what would you draw? Would it be a man with a long flowing beard floating on a cloud? Would it be a vision of the sun setting below a majestic mountain? Would it be a picture of your child’s face? Would it be lines all over your paper depicting the connection between all human beings?

As we tell our Confirmation students, there is no wrong way to draw God.

I read a quote somewhere that said, “We spend too much time talking about God and not nearly enough time experiencing God. So after you draw your picture of God ask yourself where or when do you experience God? To help answer, lets first answer this question – When you hear the word God what comes to mind?

I asked the children during this past Sunday’s Children’s Sermon – When you hear the word God what comes to mind?  Their response? Love, Kindness, Hope, Forgiveness.

So get a piece of paper and some crayons and start drawing! 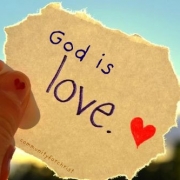 A Summary……...Abraham has two sons. The mother of Ishmael, his first-born son, is Hagar. The mother of Isaac, his younger son, is Sarah. Sarah feels jealous about her son sharing his father’s love and home. Seeing Isaac and Ishmael together makes her angry. Abraham sends Hagar and Ishmael into the wilderness. Soon the little water they were able to carry with them is gone. Hagar and Ishmael both weep. God’s messenger comes to comfort Hagar. When Hagar looks up, she sees a well, and draws water from it to share with her son. She knows then that God is with them.

Did anything in this story upset you? Have you ever faced a situation, like Hagar, where you were hurt and afraid? How did you find comfort? Do you believe that God’s love could comfort you in situations like these?

Share God’s Love
Think of someone in your life who might feel forgotten, scared, or alone-maybe it’s another kid at school, a family member, or someone you don’t know very well. Perhaps make a card for this person and share it with them this week. Each family member could make a card or one could be made together as a family.

Pray together……
Dear God, thank you for your love that is for everyone and everything, and which breaks down all barriers. Amen. 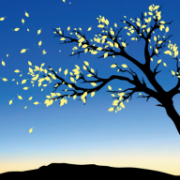 Read Together Genesis 12:1-3; 15:1, 5-6
A Summary……..God Invites Abram and Sarai to leave everything they know. God promises that through Abram and Sarai’s family, all people on earth will be blessed. God calls Abram outside to look at the stars and imagine his descendants. Abram trusts God’s promises.

Abram and Sarai were very brave to leave everything they knew. Think of times when you had to be brave. What was that like? How did you feel? Often when we are brave we become a blessing for others. An example for others to follow.

Chain of Blessing
What are some ways we can be a blessing toward others? Brainstorm together as a family. Take it a step further and write down your ideas on strips of paper. Roll the pieces of paper and connect them with glue or tape to make a Chain of Blessing.

Pray together…..
Dear God, give us courage to trust you like Abram and Sarai, so we can be a blessing to others. Amen. 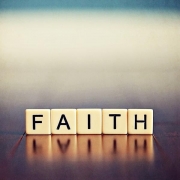 Proverbs 31:25 She is clothed in strength and dignity and she laughs without fear of the future.

Faith is believing in ourselves, in God, and the teachings of Jesus.  Faith is needed to achieve all our hopes and dreams.

To help our children begin to think about their hopes and dreams, play the Dice Game!  Take turns rolling the die.  They must answer a question that corresponds to the number rolled.  The questions are as follows:
1.  What is one dream you have for yourself?
2.  Where would you most like to visit in the world?
3.  If you could only eat one food ever, what would you choose?
4.  Name one thing you really like about yourself.
5.  Name something that you do that brings you joy.
6.  What is the first thing that comes to mind when you think about God?

Talk about your children’s hopes and dreams for the future.  Maybe share some of your own.  Perhaps ones that you still hope for and ones that have been achieved. 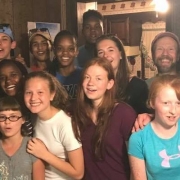 Everyone needs a friend. It is the second most basic relationship in life. Jesus said that the two most important commandments are to love God with all your heart and to love your neighbor as yourself.  We often experience God’s love through the love of a friend.  The Book of Proverbs in the Bible tells us what makes a good friend and how to develop and maintain meaningful friendships.

One night around the dinner table, have each family member share something a friend did or said to them that week that was nice and made them feel good.  Talk about what each of you considers the number one quality in a good friend. 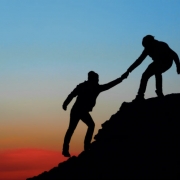 What are some games that require another person to play?  Games that couldn’t be played without that other person?  Some examples are checkers, thumb wars, catch, and ping pong, just to name a few!

One of the most important relationships we will have in our lifetime will be the friends we make.

The following scripture represents what Friendship is all about.

From the Book of Ecclesiastes:  “Two are better than one. For if one falls, the other will lift her up. But woe to her who is alone when she falls and has not another to lift her up.”

What do you think this passage means? Can you name one friend who would be there to help you up?  What qualities does this friend have? What is most important to you in a Friendship?

A Friendship should make us feel good about ourselves. After spending time with a friend, analyze how you feel. You should have a smile on your face and feel good inside.

John 4:16
And so we know and rely on the love God has for us. God is love. Whoever lives in love lives in God, and God in them.

When we are little we are loved and cared for 24 hours a day – to make sure we are safe, fed, and bathed. We get lots of hugs and kisses. Our parents shower us with love, guiding us, reading us stories, helping us to learn how to walk and talk. What happens when we get big? When we become more independent and our parents are not with us every minute of the day?  When we can feed ourselves, make our beds, tie our shoes, go to school and even drive a car?

Do our parents stop loving us just because we are big?  No.