Nothing in my life prepared me for being a grandparent. You’re probably thinking – what could be better than grandparenthood? Yea, that’s what I thought. I was not prepared for the disappointment and heartbreak that came along with my realization that I was a G2. I didn’t know there was a difference – silly me. But let’s face it, as a mom who had two of the most wonderful sons, I could not possibly be prepared to be shut out of their lives and then the lives of my grandchildren.

So, there I was, a child of parents who had at one time been members of BPC, but who had become anti-organized religion. I hadn’t been to church since I was maybe 5 or so. I didn’t even think of it as a shining light in the darkness or a soothing balm on my tortured soul. Not until one day I happened to walk my friend in to church one Sunday morning and on a whim decided to go inside with her.

What I found in there was acceptance, love, caring – all from people I had never met before. I think Rachel was preaching that first day and she said something like “families are complicated.” Right there, I suspected that I had found something special. The second time I came with my friend, she suggested I come up and sing in the choir. I had never done anything like that before. The only singing I had ever done was in my car. So there I was, sitting among strangers doing something I had never done before. Let me tell you, the members of the choir are an awesome bunch. They were so inviting, so complimentary, so friendly, I was totally sold.

So that is how I ended up with my second family at BPC. 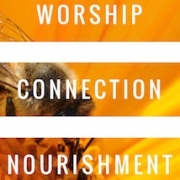 A Reflection From A Week in Nicaragua

A Place to Practice

A Place to Practice – Part 2

It Takes A Village 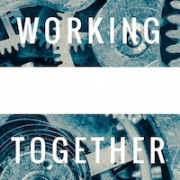 A Bee in One’s Bonnet

Working Together
Scroll to top