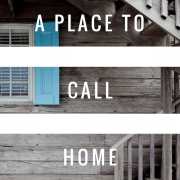 On December 14, 2012, I was at work when I heard that there had been a shooting at a school. As I went online to see what had happened I learned with the rest of the country that it happened just miles from where we live, in a school that looked just like ours, to kids that were my daughter’s age, to parents that seemed just like me.

We had just moved to Bedford and for the first time in many years we felt “settled” – we had a house for the first times, our jobs were going smoothly, the kids were happy in their schools (K and pre-K) and we felt safe. Secure. Happy. Comfortable. Is that what the parents in Sandy Hook felt like? Just hours before their world was shattered? I could not even imagine.

As we reunited with our kids at home from a “normal” day at work and school we couldn’t stop hugging them. Do we hug them enough? Do we make sure every morning they know how much we love them? Are they safe?

When ours kids were babies we stopped going to church. It was just too complicated. The crying always happened right during the prayer or the key point of the sermon. The diaper change always seemed to come right when we got settled in the pew. I saw on the news that President Obama also admitted to not going to church when his girls were young so I kind of felt I was off the hook. In addition, we hadn’t really found a church that fit both me and my husband. I had grown up Presbyterian, he Catholic. At the core, we believed in the same things, but clearly there were differences in how we felt most comfortable practicing our faith.

On that Sunday morning after Sandy Hook we came to Bedford Presbyterian Church. We just needed a place to go and be. I don’t even remember what I prayed for – thank you for my kids? Comfort for the Sandy Hook parents? Wisdom to lawmakers in tackling guns and mental health?  What I remember is that it simply felt good to be there. We felt welcomed. I felt at home.

This was the start, and as we got to know the people, the style of worship, the values of the community it felt more and more right. We now consider BPC our church home and it continues to become a part of us – as parents, as advocates, as followers of Christ.